Reimagining the fanciful historicism of the 1920s.

Designed by Nick Shinn in 1999. Published by FontFont. 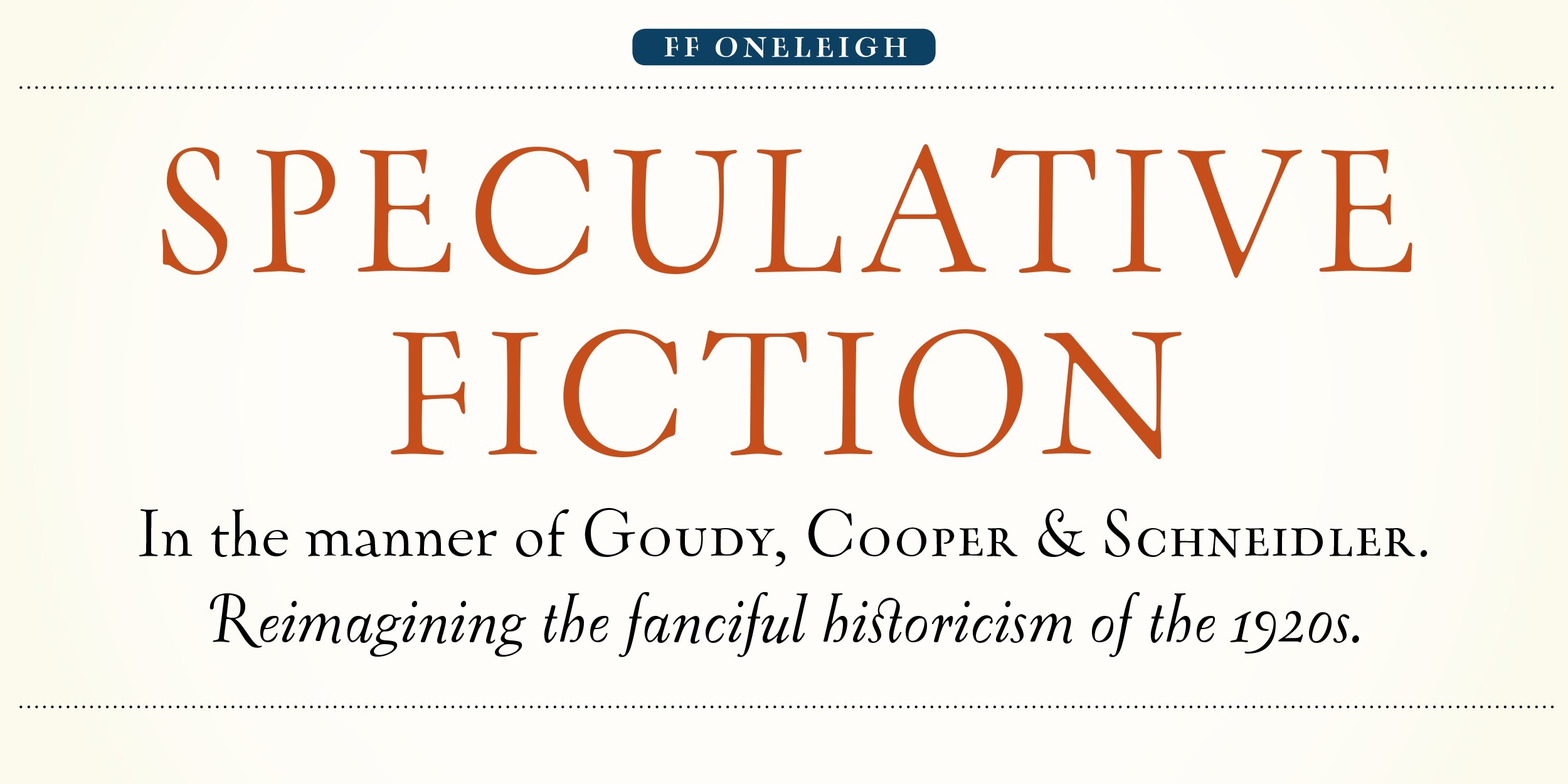 Nick Shinn is well-known within the type community for his provocative perspective on typographic history. He began designing FF Oneleigh with a look at the radical serif faces of the early 20th century: “During the early part of this century, prior to the ascendancy of sans serifs as the standard bearers of the avant garde, the leading edge types were oldstyles. Today, of course, their very outrageousness seems quaint, and their once daring construction has become too familiar to sustain interest. At the time, typefaces like Goudy’s Kennerly, Benton and Cleland’s Amsterdam Garamont and Koch’s Antiqua were truly radical. For the design of FF Oneleigh, I took a little inspiration from each of these, mixed with some ideas of my own. The main goal was to produce an ‘alternate history’ 1920s typeface, with lots of original letterforms and details, and considerably more roughage than the majority of today’s digital oldstyle revivals, or the slew of brand ‘new’ oldstyles. FF Oneleigh is based on the assumption that, then as now, it is quite possible to remain within the bounds of the oldstyle genre, and take sufficient liberties to create a genuinely different type.”