Buy
Starts at $49.99 for a single style and is available for:
The Wolpe Collection – Albertus Nova | 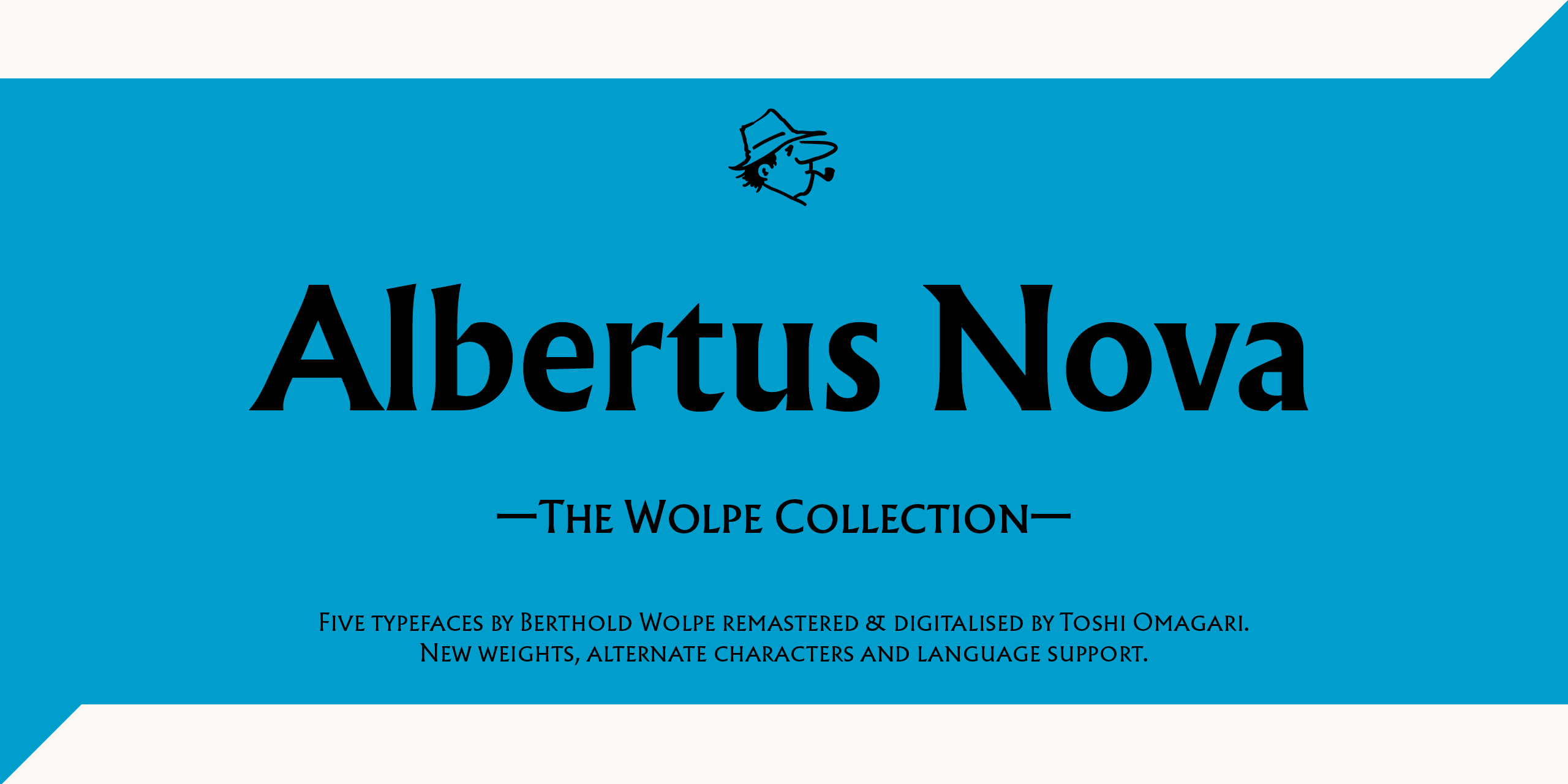 Albertus Nova, by Toshi Omagari, takes the most distinctive aspects of the original Albertus design – sharp, flaring serifs modeled on letters chiseled from bronze – expands the original character set to include most Western and many Eastern European languages, in addition to Cyrillic and Greek, all across five weights ranging from thin to black.
A faithful digital revival of Berthold Wolpe’s earlier design, Albertus Nova is one of the five typefaces in The Wolpe Collection.