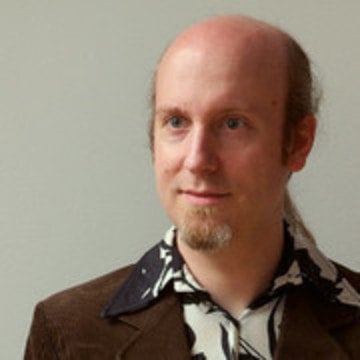 Jens Kutilek was born in Braunschweig, Germany in 1976. His first encounters with typography involved his mother’s typewriter and spotting an fi ligature in a childrens’ book shortly after learning to read. Jens made his first pixel fonts on a Commodore 64 at the age of 14.

His continued interest in art and technology put him in a variety of places as diverse as an unfinished university course in engineering, occasional gigs as a songwriter, working as a web server system administrator and computer technician, doing a performance piece at the Venice Biennale, playing bass in an accordion orchestra, getting a degree in Graphic Design from the Hochschule für Bildende Künste Braunschweig and working as a web and graphic designer. Since Jens joined the FontFont Type Department in 2007, he has been spending most of his time on fonts and Python programming in the office as well as in his so-called free time.