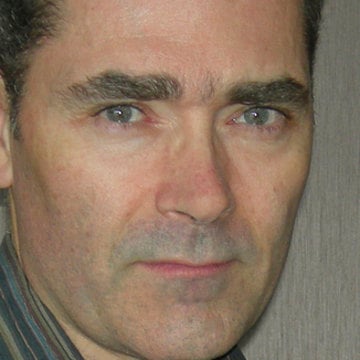 André Simard is a Canadian [typo]graphic designer. He grew up in Abitibi, Québec, and studied graphic design at the Vieux-Montréal College (Montréal), graduating in 1978.
After working for two years as a graphic designer for a newspaper and a printer, André founded the graphic design studio, Simard Communication Marketing Inc., in 1980.

André's love affair with type began more than thirty years ago, though it was only in 2005 that his passion for type's beauty and power inspired him to begin designing typefaces. His journey from one discipline to another, from designer to type designer – 'just like a bird' – is evoked in the name of his first typeface, 'Migration'. Birds are still a source of inspiration, as Corbeau testifies.

His Corbeau family, completed with Fred Smeijers and produced by OurType, joined the OurType collection in 2012.