Too often career-spanning monographs of typeface designers are published only after their death, or at least when they have reached a respectable age. Not so much for Jean François Porchez, without a doubt the most prominent French type designer of his generation. Following monographs on Roger Excoffon, François Boltana, and Jean Alessandrini, Atelier Perrousseaux [Editeur] published Jean François Porchez – L’excellence typographique / The haute couture of typeface design, the first bilingual volume in their series Histoire de l’écriture typographique (History of typographic writing). 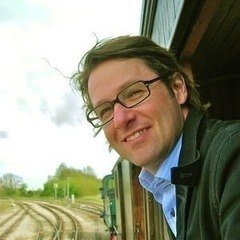 A disclaimer before I begin – Jean François and I go way back. We met about half a lifetime ago at the ATypI 1993 conference in Antwerp. In the TypeLab run by Petr van Blokland and friends I witnessed how Jean François drew and produced in a single day an uncial-style experimental face inspired by the work of Cassandre.We remained in contact and quickly became geographically-remote good friends, a bit like Stephen Coles or Peter Bruhn for example. So it was nice to discover this monograph dedicated to his work. On their website the publisher Atelier Perrousseaux [Editeur] explains why they felt such a monograph for Jean François Porchez was warranted.

“Few typeface designers can take pride in almost singularly embodying the typography of an entire country; Jean François Porchez is among those. Thoroughly French, he has succeeded in building bridges with the British-American type world. When not involved abroad he works on bespoke typographic projects via his ZeCraft studio and manages Typofonderie’s typeface releases. Innately enthusiastic, he is ever willing to discuss and share insights on his art form with his clients, designer colleagues and students, from Los Angeles to Helsinki, New York to Bangkok. (…) This admirer of the letter, this born educator deserved a work recreating his journey and freely spreading the secrets of his art form that aims for excellence.”

Jean François’ career was recently recognised by the French government. On 9 April 2015 the French Minister of Culture and Communication Fleur Pellerin knighted him in the order of Arts and Letters, in recognition for his significant contributions to the arts, literature, and the promotion of French culture in these fields.

Instead of being one single chronological account, Jean François Porchez’ monograph is more like a collection of chapters that each focus on an aspect of his persona. The reader gradually gets to know him better – as a person, as a typeface designer, as an educator, as a type founder, as a thinker, and finally through the eyes of some of his contemporaries and through his own typefaces. The first chapter Apprendre à apprendre / Learning to learn reads like a biography, chronicling Jean François’ life from early childhood up to the design of Sabon® Next in 2002. Interestingly it starts with a couple of paragraphs about his parents, giving context to the person and artist he would grow up to be. The book retraces his first steps on his search for possible careers and his education as a graphic designer. We witness how he eventually becomes an autodidact in typeface design, and how in 1990 he wins his first award at the Morisawa Type Design Competition with the FF Angie® typeface. From there we follow his early career from one typeface to the next – Jean François cold-pitches a new typeface family when learning about the announced redesign of French quality newspaper Le Monde; he explores the French Art Deco heritage with Anisette, later expanded to Anisette Petite; he develops the Parisine typeface for the RATP, the Parisian public transport operator; he pays tribute to the Didot dynasty of Parisian printers with Ambroise; and he re-imagines Jan Tschichold’s classic interpretation of Garamond for contemporary technology with Sabon Next.

In Partager & transmettre / Sharing & passing on the book jumps back ten years to focus on Jean François Porchez’ contributions to the typographic community in the past twenty-odd years, notably the aforementioned bridges he built with the British-American world of typeface design. We learn about his participation in conferences like the Rencontres internationales de Lure, and how he first became country delegate, then president of ATypI – he remains Honorary President. The chapter also sheds a light on his teaching – both in schools and conducting workshops. Teaching others typography and typeface design helped Jean François extend his own education. His interaction with students led him to introspection, evaluating his references, and structuring and formulating his thoughts. His need to share knowledge also inspired him to start up Le Typographe, the popular French blog annex forum that ran from 2003 till 2012.

Produire & vendre des caractères / Producing & selling typefaces sheds an interesting light on Jean François Porchez the type founder and typeface designer – retail typefaces with Typofonderie, and haute couture type design, lettering, logo design et al under the ZeCraft monicker. Here we learn that quite a few of his retail typefaces saw the light of day as bespoke families, not only the Le Monde and Parisine super families, but also Costa for example, originally created for the cruise company of the same name. The chapter elaborates on his relation with other players in the type world, and tells how he collaborates with other type designers and how Typofonderie now also publishes typefaces from other designers.

Réflexions sur le métier / Thoughts on the craft digs deeper into the mind of Jean François Porchez and into his type design philosophy. He makes a strong case for looking beyond mere problem-solving, and argues convincingly that type design should always happen in function of identity, culture, era, and context. Jean François’ opinion on revivals is also very clear. He doesn’t believe in slavish copies, but urges for a more intelligent approach. Instead of making carbon copies of the historical letter forms, type designers tackling a revival should try to get into the mindset of the original designer and interpret their intention and design method in a contemporary context, adapted to the current technologies. He then expands more on his personal method – from sketching up letter forms and variations to define a style, forming a personality for the typeface, over the actual development of the character set, down to the more technical aspects of typeface production and technology and delivery of the project. In passing he also discusses how to present a custom typeface to a client and how to interact with them, or what needs to be considered in the launch a typeface on the retail market. All through this chapter it is remarkable how much Jean François’ dedication, dare I even say obsession for typographic excellence becomes apparent.

The monograph concludes with two chapters that look at Jean François Porchez through the eyes of some of his contemporaries, and through the typefaces he designed. As its name implies, Contributions / Testimonials features testimonials by legendary typeface designer Sumner Stone, Paris-based American art director Aaron Levin, French designer and typographer Muriel Paris, and Professor of Visual Communication Design at the University of Washington Karen Cheng. Fittingly the book ends with Caractères typographiques / Typefaces, a complete overview of Jean François’ typefaces in alphabetical order.

Even though I thought I knew the work of Jean François Porchez pretty well, reading his monograph gave me a better understanding of who he is as a person and a type designer, and where his design sense and work ethic stem from. It also gave me a better appreciation of his importance in the landscape of typeface design and typographic education – in France and beyond – of the last quarter century. While the content of Jean François Porchez – L’excellence typographique / The haute couture of typeface design certainly does him justice, the book itself has its problems, most related to editing. In principle the changing focus of the subsequent chapters shouldn’t have been an issue, yet the book as a whole feels a bit disjointed. As French is my second native language I noticed that the English translation could have been better – sometimes the original French text shines through a little too much in the word choice and grammar. I also was puzzled by the use of the odd exclamation mark in the first chapters. The story and context made sufficiently clear that Jean François’ achievements are quite impressive, making their presence come across as sensationalist.

The book as an object is similar to Karbid, Berlin – From lette­ring to type design (also a French publication). The softcover book has large cover flaps, and is printed on uncoated stock with a coated section in the middle. The bilingual aspect is solved rather conventionally. The English text on the left hand pages is set in a sans serif – Ardoise, originally designed in 1999 for the daily La Charente Libre – and the French text on the right hand pages is set in a serif face – a special version of Mencken Text, the bespoke family developed in 2005 for the Baltimore Sun. The large size of the pages provides ample room for text and the images. Yet their potential is not fully utilised due to poor image editing in the first chapters. There are far too many small snapshots crammed in the side columns, as if the image editor didn’t dare remove any picture from the selection. Many are too dark, making them even harder to decipher. A more rigorously curated image selection, and compensating for the dot gain on the uncoated stock would have avoided this.

The images that really count however are perfectly fine. Detailed reproductions of typeface sketches, screenshots, and type specimens, large type samples and colourful in-use examples in the coated section allow you to examine Jean François’ creations in different stages of development. The overview of his typefaces at the end, many of them lesser-known custom faces, shows the breadth and quality of his output from the past 25 years. L’excellence typographique / The haute couture of typeface design is a nice – if slightly flawed – homage to the œuvre of Jean François Porchez.