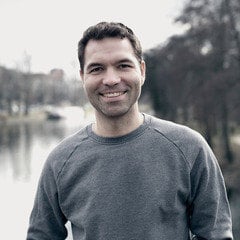 After English alternative rock band Doves went on hiatus indefinitely, brothers Jez and Andy Williams continued as Black Rivers, recording their eponymous debut full-length release as a duo. Mathew Cooper designed the mesmerising monochrome yellow artwork for the album sleeve. In an interview with Art Vinyl, the designer explains the lighthouse motif has its origins in the lyrics of the songs. They feature many references to ‘travelling’, ‘guiding’ and ‘comforting’, in both a literal and a more metaphorical sense. As Matthew wanted to create a central image communicating these concepts, he came up with the lighthouse as a metaphor. The fragmented background with concentric circles suggests the multi-faceted Fresnel lenses used in lighthouses. The different yellow hues were achieved by creating a collage with photographic fragments of gold and bronze metal and painted textures. This visual style was extended to all the other images for the album and for the accompanying singles.

The band logo was designed by Jason Hyde – who is also responsible for the band videos – using Brandon Grotesque. He stacked the letters of Hannes von Dohren’s popular geometric sans in such a way that the A (minus the crossbar) and the V are mirrored. As the stacked composition is almost symmetrical but not perfectly, two horizontal bars were added to the baselines to restore the balance in the logo. 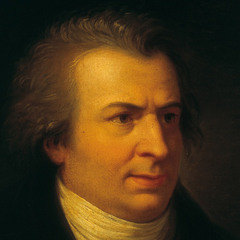 The album cover for Nadia Reid’s Listen to Formation, Look for the Signs is both a lovely throwback to simpler times and a breath of fresh air among the glossified and/or objectified portrayal of women in contemporary pop music. The full-length debut release for the New Zealand singer-songwriter features an intimate black-and-white portrait of an introspective Nadia taken by Liz Platova. The album artwork was designed by Trudi Hewitt.

Trudi Hewitt | “This was the kind of job where there’s a knock on the door, and you have four hours to design and artwork an album. As this is Nadia’s debut album it was self-funded, which meant pulling in favours from friends. The initial plan was to wait till the new year to complete the artwork. Instead I had a very excited Nadia at my door in December 2014 saying ‘f#*@ this, let’s just do it now! Can we get it done this afternoon?’.”

“Fortunately Liz Platova had taken a selection of great photos a few months earlier. We had agreed on the chosen cover image as it reflected the melancholic tones of Nadia’s sound, as well as being appropriate for her personally at the stage in her life embodied by the album. The rest just fell into place. We created it together, making decisions over a few cups of coffee. I showed her a selection of typefaces, and Bauer Bodoni® was chosen to add a bit of femininity and to keep it from being so harsh (and straighty-one-eighty, thank you Nadia). The white border was added to separate the image from the background and make it feel more like a traditional portrait, which we both liked.”

The sleeve for Lizzo’s Big GRRRL Small World features a powerful portrait, quite the opposite of the previous one. Confident, slightly defiant, with just a touch of sensuality, the Minnesota-based indie rapper gazes at the viewer through a smattering of intense secondary colours. The lettering lends the artwork a retro atmosphere. The straight-sided compact sans serif letter forms, reminiscent of the Futura® Display typeface, were modified and extended to form a fun interlocking composition.

If anyone had told me when I started My Type of Music 8 years ago that one day I would review the sleeve of an album by an honest-to-God pope (pardon the pun), they could have knocked me over with a feather. Besides being the 266th pope of the worldwide Catholic Church, Pope Francis possesses one major advantage over any other recording artists: he has one of the biggest fan bases in the world. Seriously. His debut album Wake Up! is a collection of His prayers and speeches in English, Italian, Spanish, and Portuguese set to a variety of music styles. When Jesus gave the keys of Heaven and the powers of binding and loosing to Saint Peter, naming him as the “rock” upon which the church would be built, he could not have fathomed that two millennia later Saint Peter’s latest successor on Earth would turn to “progrock”. 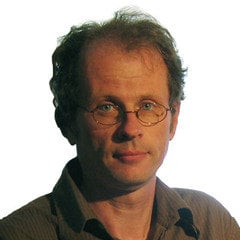 The cover art is suitably classicist and reverential. Nevertheless I would have expected the art director to specify a more upscale typeface, for example something by Gerard Unger. Unger designed Capitolium for Rome and the jubilee of the Roman Catholic Church in 2000. Instead we get the contemporary neo-didone Medio, a freeware font from Dotcolon whose website features too many almost-copies of popular typefaces that are way too close for comfort. The supporting typeface is Cambria.

From His Holiness to “Holy f#*@!” in nothing flat. Product collects the singles released between 2013 and 2015 by British electronic artist Samuel Long a.k.a. Sophie, a London-based producer of hyperkinetic, sugary dance-pop. The subliminally lubricious typography on the minimalist album cover is surprisingly good. Normally I have little patience with experimental sans serifs. Despite their lofty claims of high-concept typographic research they often are nothing but artifice, gratuitous formal exercises that favour style over substance. This however is playful and lots of fun. It combines geometric letter forms that hint at Suburban and Platelet, with bizarre organic blobs that look like alien sex toys. 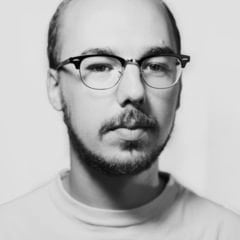 The artwork for Late Nights: The Album by Jeremih, the contemporary Chicago R&B singer who arrived on the scene in 2009 with his spacious slow jam Birthday Sex, reinvents the eighties for today’s audience. Xtreem is a contemporary interpretation, somewhere between neon en brush script. Two decades ago Rian Hughes ventured into similar territory with his highly stylised Electrasonic. Neil Summerour’s Shameless and Plumero from Sudtipos share a similarly dynamic baseline. The magenta colour with a shadow line of the type contrasting against the blue-hued photograph, together with the spaced out caps of the [Futura® Condensed] typeface, reinforce the 80s reference.

I submitted this album cover for inclusion in Frank Grießhammer’s repository of Slightly Tracked Script Fonts. As its name implies the ironic Tumblr blog collects examples of people who simply couldn’t keep their grubby little fingers away from the tracking input field when using connected scripts. This of course messes up the connections carefully designed and programmed by the typeface designers of said scripts. More on tracking (and spacing, and kerning, and different kinds of white spaces) in my upcoming series Adventures in Space next month.

Because I got to know about them through Mark Lanegan’s slow-burning, rootsy rendition of the quintessentially American-like gospel Revival, it never really registered that Soulsavers are actually a British electronica duo formed by producers-remixers Rich Machin and Ian Glover. Their instrumental album Kubrick is inspired by the late filmmaker’s œuvre. The oppressing sky on the album sleeve was photographed by Steve Gullick, self-proclaimed rock & roll photographer. Rob Crane kept the design extremely minimal – a line of Replica knocked out in white in the upper right corner. Just like in Trim, the cut-off corners of the diagonals give the letter forms that little extra mystique.

Since the 1990s London shoegazers Lush have become part of the collective memory of graphic design thanks to the superb artwork by Vaughan Oliver and his studio V23. One of the aspects that Oliver mastered as no other was the unexpected pairings of typefaces, and using the old favourites in new and unexpected ways. The five-disc box set Chorus features all three studio full-lengths as well as the compilations of its EPs, unreleased demos, radio session, remixes and rare tracks. The packaging was designed by Chris Bigg, long-time collaborator of Vaughan Oliver. The cover of the hardbound book features the three incarnations of the Lush logo from their three long players – the original with the Futura® typeface from Spooky, the unidentified inline script of Split, and the version with the VAG Rounded™ typeface from Lovelife, on the background of Scar, their original mini-album that announced their arrival on the scene in 1989. The complete package just looks stunning, and proves that the signature 4AD visual style hasn’t lost any of its vibrancy and relevance.

Ahhh, Mr. Kelly, my old nemesis, we meet again. You have the dubious honour of being one of the very rare artists to make me lose my composure, back when I reviewed the artwork for your tastefully titled Black Panties on The FontFeed two years ago (scroll all the way down to the one before last cover and shudder). And by the looks of the cover ‘art’ for your 13th full-length studio release The Buffet you haven’t changed your misogynistic ways. Is your urge to objectify women – painting them as mindless, ever-willing sexual vessels who are at your beck and call – somehow related to your insecurity about your own sexuality? Is pushing them down the only way you can lift yourself up? I must say, the fiddle allegory from Black Panties was already pretty low, but the buffet analogy really eats the cake – tasteless dessert pun intended. I wonder how Pratt Alum Erwin Gorostiza, Creative Director at RCA Music Group, must have felt when he had to design this drivel. Or was his role restricted to adding the line of Standard Extended at the top of the gag-worthy photograph? Whichever way, there are other, better, more constructive ways to be provocative and rattle the cage of the establishment; you simply lack the imagination to come up with them. Now you simply are an appallingly poor role model for the scores of young adults who you make believe being abusive and demeaning to women is OK.

What a contrast with the album cover for Chris Brown’s latest release. It features a tender portrait of the formerly squeaky clean pop-R&B artist turned bad boy holding his daughter Royalty, who the album is named after. The art direction by Courtney Walter is subdued, with the album title in generously tracked capitals set in the Adobe Minion® typeface. Yet it sadly is only appearance, because once you dive into the lyrics you encounter the same tired sexist crap.