One of the winners at the recent European Design Awards was “Gewone Letters – Gerrit’s Early Models” which won Bronze in the category Self-Initiated Projects. The lovely limited edition publication by Geen Bitter uses the equally lovely FF Dora, designed by Slávka Pauliková and released through FontFont last year.

[link not found]Gerrit Noordzij’s contributions to the field of typography cannot be overstated. The typographer and type designer directed the writing and lettering programme at the Royal Academy of Arts in the Hague, the Netherlands, an early precursor to the Type and Media master. His work and theories on the construction of letters influenced generations of type designers, in particular his sons Christoph and Peter Matthias Noordzij, Petr van Blokland, Just van Rossum and Erik van Blokland of LettError, and Frank E Blokland. They in turn became teachers and role models for subsequent generations of type design students. Noordzij is best known for the Noordzij cube, a groundbreaking way of analysing letter forms by way of three axes – type of contrast (z), increasing contrast (x) and diminishing contrast (y) – thus eliminating the need for separate categories.

[link not found]While cleaning the letterpress workshop a couple of years ago when they were still students at the KABK, the future co-founders of Geen Bitter did an amazing discovery. They found a package that by the looks of it hadn’t been opened in quite some time. Inside that package were eighteen printing plates in mint condition. It turned out those plates had been made by Gerrit Noordzij and dated back to the late 1960s. They contained a concise lesson about writing with the broad nib pen, starting with the basics, then expanding with additional writing and drawing techniques. Since it became apparent that the plates had never been published before, Thom Janssen, Jorn Henkes and Rogier van der Sluis decided to produce a book reprinting the plates. To provide context and background they asked former students to contribute. Albert-Jan Pool, Frank E. Blokland, Aad van Dommelen, Huug Schipper, and Petr van Blokland wrote short essays with commentary about the plates and Noordzij’s teaching. The publication also contains examples of their own student work and sketches annotated by Gerrit Noordzij.

[link not found]Since the printing plates were made for letterpress, Geen Bitter wanted to make a companion edition with all the plates printed as separate sheets at actual size. The Deluxe Edition consists of a box containing the book and the eighteen plates letterpress printed on heavy stock. Sander Pinkse and Thomas Gravemaker helped produce this special version, printing the plates in a numbered limited edition of 125. On October 10th last year Geen Bitter unveiled Gewone Letters – Gerrit’s Early Models at ATypI Amsterdam 2013 and presented Gerrit Noordzij with the first copy, the same evening he was honoured with the TDC Medal.

Geen Bitter were so kind to send me the Deluxe Edition for review. The publication is very well presented in a slender cardboard box adorned with a tasteful sticker. Opening the box reveals the 72-page perfect-bound book of modest dimensions and the slightly bigger prints of the original plates, stacked and wrapped in a semi-transparent white sheet of paper. The silky-smooth stock of the book feels very pleasant, and the printing in black with supporting blue is of high quality.

Gewone Letters definitely has that “must-have” quality of a unique publication that you want to boast about against your friends once it is sold out. I know, that’s not a nice thing to do, but hey, we’re only human. The content is wonderfully nerdy, from the reproduction of the prints (with English translations) to the eclectic commentary by five important names in (type) design. The essays range from anecdotal to academic. They offer some interesting insights into Noordzij and those early plates in relation to his later work. 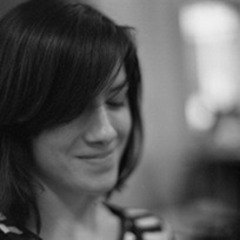 The rather compact typesetting in FF Dora is very pleasant to read, yet it is marred by a stray line break and two or three typos. More importantly the essays could have used some copy-editing love, as the contributors master English in varying degrees. I understand though that hiring an editor for a self-initiated publication may have exceeded the budget. But that is only a minor quibble. Although its appeal for the general public is probably limited, Gewone Letters is highly recommended for type enthusiast and type design students and professionals. This introduction to the early work of arguably the greatest living theorist in typography and type design is definitely worth the price of admission. Incidentally it also serves as great specimen for Slávka Pauliková’s superb type family.