Conferences are not just events where you learn and are inspired, they’re also the ideal place to meet in the flesh online friends and acquaintances. At ATypI São Paulo 2015 I met – among many others – Fabio Haag, Creative Director of Dalton Maag’s Brazilian office. Three years ago I took a typographic look ahead at Rio 2016, when I interviewed Fabio about the custom typeface designed by Dalton Maag. This interview turned out to be fascinating, so I was looking forward to talk to him personally.

One of the topics we briefly discussed was – of course – Brazilian typeface design. My first encounter with the local design scene in São Paulo gave me the impression quite a bit is happening on that front, with new talent emerging and interesting work being released. Just recently FontShop welcomed Henrique Beier’s Harbor Type foundry which joined Typefolio, and many more are waiting to be discovered by an international audience. The Tipos Latinos biennial, which had it sixth edition last year, leaves no doubt that this is a golden age for Latin American typography. Brazil has become an integral part of the vibrant typographic culture Latin America has had for over a decade now. At the recommendation of Fabio I contacted a number of Brazilian typeface designers, most of them new voices in the field. I ended up talking to Christopher Hammerschmidt and Marconi Lima of Typefolio in Macapá, AM; Henrique Beier of Harbor Type in Porto Alegre, RS; Rodrigo Saiani of Plau in Rio de Janeiro, RJ; Daniel Sabino of Blackletra and Diego Maldonado, both in São Paulo, SP; and of course Fabio Haag himself. 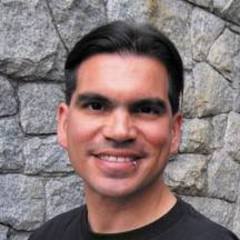 Regarding the history of Brazilian typography, all agree there is no actual national typographic identity or culture (yet) because the local type scene is still in its infancy. Just like many other countries, for centuries Brazil imported type from Europe and the United States. The research by Isabella Ribeiro Aragão of the history of Funtimod – Fundição de Tipos Modernos (Modern Type Foundry), the largest and first industrial scale type manufacturer with national reach, seems to corroborate that there were little to no Brazilian original typefaces. Digital font design started in Brazil in the late 80s with Tony De Marco. In the early 90s the proliferation of the personal computer gave Brazilian designers the opportunity to explore this new medium for the first time. Much of this early production is documented in the book Fontes digitais brasileiras: de 1989 a 2001, edited by Priscila Lena Farias and Gustavo Piqueira. 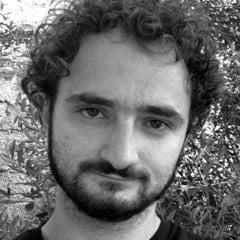 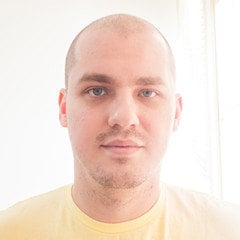 The designers I talked to are all mainly self-taught, having discovered typeface design almost by accident. In 2004, after acquiring the Fontographer and discovering a virtual community of type designers, Marconi Lima decided to study typography and make his first foray into typeface design. This resulted in Adriane, a serif text family released in 2007. Christopher Hammerschmidt for example designed his first basic family of text typefaces as the final project for his undergraduate degree in Graphic Arts in Curitiba, Brazil. Five years and many improvements later it was released as Capitolina by TypeFolio in 2015, in collaboration with Marconi Lima. Henrique Beier first came into contact with type design in college, where the prospect of designing something as pure as letter forms stuck with him. After experimenting a lot and consuming huge amounts of information he was told his designs had reached a sufficient level of quality that they could be commercialised. Diego Maldonado had a great teacher for Editorial Design who made him study typography. When Tony de Marco saw his early experiments on Flickr he offered Diego to be his design apprentice. Four years on it is still a part-time job, but Diego hopes to turn into his main occupation. There are many more similar stories to be told about Brazilians getting into typeface design. One thread that connects them all is that they are testimony of the personal drive, the dedication and the commitment of the designers who are developing and perfecting their work.

Despite the fact that there are really good Latin American type designers out there, Daniel Sabino feels many have still a lot to learn concerning aesthetic and technical quality and the behaviour of the type market. As soon as they discover it is possible to make a living producing type, some designers tend to lower the quality standards and slash prices, in an effort to publish more volume and hopefully make more money. 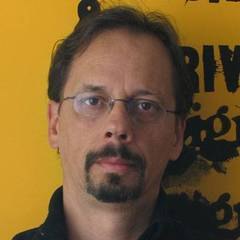 However big strides have been made in design education, and typographic culture is spreading fast. Through teaching and workshops type designers try to instill in students a love and awareness for typography, which in turn makes them more conscious about type. Year after year, activities promoting typographic education and typeface design have brought Brazil the educational project Tipocracia, events such as Tipos Latinos, DiaTipo, local writers such as Priscila Lena Farias and Claudio Rocha, gradually breaking down any remaining barriers. Today, an incredible amount of knowledge is available only a few clicks away – tutorials, talks, articles, forums. This was simply non-existent a decade ago. It has allowed Brazilian type designers to outgrow the pure experimentalism and join the professional global font market.

Rodrigo Saiani thinks there are still major efforts to be made regarding educating users about licensing type. Sales go mostly to people and agencies outside the country, and even outside the continent. It is the teachers’ and type designers’ responsibility to address the problem of piracy and create an environment where type design is valued and properly compensated.

The new generation stands on the shoulders of figures like Rodolfo Capeto and Fernanda Martins to name but two. They are still discovering a new and exciting world that was unknown to them, with no tradition to weigh them down. Fabio Haag remembers vividly what Bruno Maag said before hiring him, 7 years ago, after he’d shown him a type concept with serifs only at the baseline: “You guys can break the rules in a much easier way…” This almost absence of type history makes Brazilian designers less inclined to respect typographic dogmas or slavishly follow historical models. It gives them the freedom to try out conceptual ideas, mixing up things without getting too worried about what can or can’t be done. Even more so, this generation of typeface designers feel they are in the exciting position of shaping what the world will eventually perceive as Brazilian typography.

There is an impressive variety of work informed by the eclectic interests of the type designers, with wonderful vernacular influences that are particular to Brazilian culture – see for example Buggy/Tipos do Acaso, and Fátima Finizola. Others interpret international influences in new and surprising ways. Whereas early Brazilian typefaces were often experimental and mainly focused on display type, the field is coming into its own. Well-produced, high-quality type families are being released for both text and display use. The latest editions of the Tipos Latinos exhibition attest to Brazil’s representation and growing importance in Latin American type design. Tony & Caio de Marco’s intricate ornamental typeface Samba™ was one of the winners selected during Linotype’s 2003 International Type Design Contest, and Daniel Sabino won two Certificates of Excellence in Type Design – in 2013 for the energetic serif face Karol, and in 2015 for the stunning script Haltrix. In the custom font market the Brazilian office of Dalton Maag plays a major role.

Inspired by the intercontinental success of Latin American foundries like Latinotype and Sudtipos, Brazilian type designers are maturing and starting to be noticed as serious players in the market. Henrique Beier notices this creates the challenge to produce typefaces that really stand out from the crowd. Brazilian designers can fall back on their heritage and visual culture to achieve this. By incorporating the Brazilian joi-de-vivre and playfulness into their designs, they can offer truly unique typefaces to a global audience. Marconi Lima is convinced that Brazilians, because of their culture of convergences and divergences – a reflection of their miscegenation – can make a valuable contribution to the international typographic scene. Fabio Haag makes the perfect concluding statement: “Above all, we must be humble and understand that in typeface design, we never ever stop learning. We must celebrate where we are, but we must always look forward.”

See also our FontCast with Crystian Cruz filmed at ATypI 2009 in Mexico City.