At Home With eBoy

eBoy is a trio of digital artists who create elaborate and involved pixel cityscapes, pixel fonts, toys, and related work. Kai Vermehr met Steffen Sauerteig while working at MetaDesign in Berlin in 1994. Svend Smital joined their collaborations a couple years later, and together the three have steadily released their artwork on the web, the screen being its native environment. eBoy has just released its latest pixorama of San Francisco. 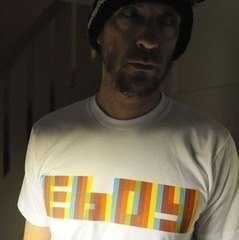 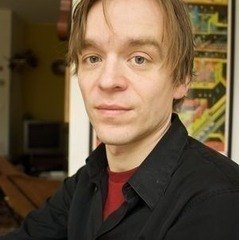 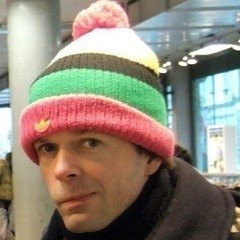 What was the process like starting out, just the two of you at the time; and at what point did you decide to focus on your work together and become eBoy?

Kai Vermehr | “Our first collaboration must have been around 1994. I was working on a digital-only magazine and Steffen joined to contribute to the project. We knew each other from MetaDesign and often played Marathon over the LAN at my home. The project was called OGdig©'s and the idea was to create everything on the computer, skip printing and just distribute the file by copying it to diskettes. Every copy would be identical to the original. We worked on the screen for the screen.

Then we got connected to the Internet. It was surreal to know something published from a small room in Berlin could instantly be viewed around the globe. It was a time-shift, there was no question this was huge.

Around that time I had the notion to start a small art group, which would focus on digital art and use the new possibilities. So I proposed the idea to Steffen, on a double-decker bus, on our way to a presentation – about how the Internet works.

From there things went fast. I learned some HTML, we got the eboy.com domain and set up our first website. Svend joined a couple of months later. He had just finished university with Steffen and was an old friend of his. I remember being very impressed with some animations he had done. We had to have him in the group.”

And what was it like when you joined, Svend?

Svend Smital | “I really don't remember how it felt to join eBoy. eBoy was not yet a big name back then. I just liked Kai’s and Steffen’s work and the pixel grid system is a very comfortable base to work with for me.”

To what extent is your work tied to the idea of actual physical pixels, and has anything changed in your thinking about them since newer technology has made pixels so small they’re barely visible individually?

Kai Vermehr | “The pixel is the smallest possible part of a screen and back then, it was big enough to be a visible object. It was exciting to know that a canvas had a finite amount of pixels – and so cool being able to control all and each of them. The best thing was that the results looked beautiful. Brilliant, tack sharp and clean.

Today pixels have shrunk, almost into invisibility. But along the way we fell in love with the handling, and the creative implications of building things in a grid of small squares. It turned out to be a limitation that was, and still is, liberating.”

When did you start making pixel fonts? Could you give some background on the ones you released through FontFont?

Kai Vermehr | “I built my first pixel font on an Atari 1040ST, probably around 1987, but lost the files. Later there was some fast drawn stuff for the OGdig©'s project.

The FontFont pixel fonts are all fonts we use for our work at eBoy. FF SubMono/SubVario is a digital version of a display font, created for good readability at 24 px. FF ScreenLogger was a cartoon, and is still one of my faves. FF Xcreen was designed to be as-small-as-possible, the main cut is based on a x-height of only 3 pixels. FF ScreenStar is conceived for body text at 12 px – it includes bold weights, a beautiful script and a special ‘small’ version that was developed for subtitles. FF eBoy is built around our early logo font.”

Steffen Sauerteig | “Back then (when we started with eBoy) we worked a lot on ‘regular outline’ fonts too and I remember that doing the bitmap versions for those were the most enjoyable and fun part.”

What’s the story behind the mix-and-match characters in FF Peecol? Why the name?

Kai Vermehr | “Peecol was a set of 36 × 36 px image modules that we used to fill a grid built with HTML cells. It was an early project and the idea was to be able to re-use image files and to save bandwidth. One Peecol brick could be used many times by the browser, but just needed to be transmitted once. It was a bit cumbersome to work with, but we did like the results. At some point we noticed that the re-usability of elements was something that the project had in common with fonts. So we created a black and white version and turned it into a conceptual font.

Peecol is just an arbitrary name.”

There are so many individual things I love about your latest Pixorama of San Francisco – the wind-sculpted junipers, the boxy, three-wheeled parking enforcement vehicles, Typo organizers Jürgen and Benno out scouting for locations – what was your process for deciding what needed to be represented?

Kai Vermehr | “A Pixorama has room for about 4–6 major landmarks. And we knew we needed to include the sea, the Golden Gate Bridge and the Transamerica Pyramid. Everything else was open for discussion. We researched online (Google Photos, Flickr, Wikipedia), listened to locals, friends and Kickstarter backers, and set up a Google Form for people to submit suggestions. And we shot lots of pictures during our research trip in March. We took photos of wooden wall structures, wild plants, the way the boardwalk moves along the terrain, the homeless, tech billboards and tons of other details. In the end many ideas didn’t make it, for whatever reason, but it was critical to have them around.

It is important to know though, that a Pixorama is not a comprehensive representation of reality. Instead, the idea is to create something people do somehow recognize, but alien and fantastical at the same time. A known place, shifting, at the fringe to another reality. So we are quite free as soon as the main signposts are set. Almost anything can make it – or not.

As for populating the Pixorama, we included people we had taken photos of, or found on the Internet. We added friends, backers, helpers … and made up a few characters as well.”

How soon before you move onto the next project together? Do you normally take a little break for a while, or have you already started something new?

Steffen Sauerteig | “Mostly we have a couple of small projects running at the same time. But if there is a break we usually do something we had to neglect for a while like our website, our online shop or just organizing files.”

Kai Vermehr | “There’s a couple of commercial projects running at the moment, but I hope we can start a new Pixorama project next spring.”