Like weddings themselves, wedding invitation design is an exercise in cultural tradition. This brief designers’ guide will cover American norms, applicable also to much of the English-speaking world.

Historically speaking, wedding invitations were produced not by printers, but by stationers. These were (and are) calligraphers and engravers who specialize in calling cards and business cards, social invitations, and of course, stationery. Because the medium is so different, engravers’ alphabets developed independently of printers’ types, though several of its more popular “copperplate script” styles were copied and fashioned into metal type for job printing. This continues with digital type, where our story picks up.

To achieve the look of a traditional wedding invitation using digital fonts, I suggest you start with a perusal of these designs, drawn after engraved and calligraphic alphabets:

[link not found] The first is Cyrus Highsmith’s Novia, an English copperplate script available in the Regular weight you see here, and also in a more delicate Light weight. (It’s called copperplate because of the engraving process—a burin is used to cut an image into the flat, polished surface of a copper plate—but “copperplate” applies as well to the style of calligraphy done simply with ink on paper.)

The second and fourth are different designs drawn from the same source, the work of 19th century Spanish calligrapher Ramón Stirling. Ramiro Espinoza’s Medusa bears more contrast in its thick and thin strokes, and has larger capitals, a broad set of flourishes, ligatures and alternates, including a set of even larger and more elaborate capitals, and small caps. Alejandro Paul’s Bellissima Script is a touch finer and more contemporary in feel, with more modestly sized caps relative to its x-height. 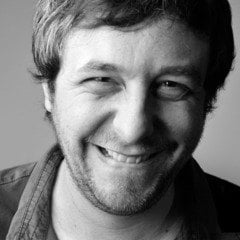 Now for a bit of contrast: The last four examples come from a different tradition, that of penmanship, taught as practical handwriting in schools in the United States during the 19th and 20th centuries. Some styles were more ornate than others (especially those professionally developed for the engrossing trade). The plainest of these, Alejandro Paul’s Business Penmanship, quite closely represents the handwriting of both my parents and their parents, and I think creates a beautiful contemporary take on the classic invitation.

Properly wording a wedding invitation respects the guests, the couple and their families, and tradition. There’s no single “right” way to do it, but one appropriate way is as follows:

(Father and mother of the bride) request the honor of your company at the marriage of their daughter (Bride’s given name) to Mr. (Groom’s full name) on (Day), the (Date) at (Time). (Venue of the ceremony), (Location). All numbers and normally abbreviated words should be spelled out completely, with the exception I guess of Respondez, s'il vous plait.

Of course, different circumstances may require a little improvisation, but this is the standard language of the invitation. For a culture-specific variation of the above, ask a civic or religious leader you trust for the name of someone who might be able to help.

How to say it?

Center-align everything, putting the line breaks where they logically belong. With a line tool, draw a line overtop your composition and set the stroke to the finest hairline your printer can reliably print. For digital, offset lithography, or letterpress printing, this is a .33pt stroke. For engraving, it’s about .125pt. Make sure the finest lines of the typeface you use are no finer than your reference line.

Then it’s just a matter of doing a quick test print, stepping back, and pointing out what’s not quite working. That visual gap around the word “to” is a common place where a bit of reduced linespacing is required. Make sure you have adequate margins, and you’re set.

That’s it. The script face used in the above samples is Novia, which is also featured in Alexander Roth’s Script Fonts for Wedding Invitations fontlist, which also contains quite a few casual script options.