Rui Abreu is no stranger to awards. The soft-spoken, thoughtful typeface designer has garnered many accolades; most recently no less than three awards for the corporate type family he designed with the creative direction of KW43 Branddesign for luxury brand Montblanc. Montblanc type was recognised with the iF Design Award 2015, with Gold by Germany’s Art Directors Club and the 2015 Corporate Design Preis. Signo, his examination of reverse-contrast typography, received a Certificate of Excellence in Typeface Design at TDC 2015. 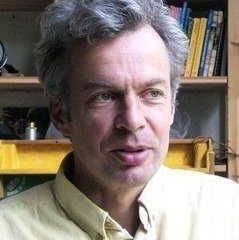 We live in interesting times. Now that we’ve moved well beyond the experimental excesses from just before the turn of the century and graphic design’s subsequent obsession with technical, neutral, even sterile fonts, there has again been room for exploration and more idiosyncratic typefaces. One area in type design that seems to be gaining popularity lately is reverse contrast. It is not pursued merely as a gimmick nor restricted to display type. A few type designers follow the lead of Roger Excoffon’s ground-breaking Antique Olive™ and the late Evert Bloemsma’s weight-duplexing tour-de-force FF Balance™. David Jonathan Ross built a great presentation on the subject. He later turned it into the minisite Backasswards, which lists all reverse-contrast faces known to him grouped in handy sub-categories, and includes several resources. David graciously allowed me to use his research as a basis for our own Reverse Contrast Fontlist.

For Signo, Rui Abreu went about it a little different than most designers. In most reverse-contrast typefaces either the weight is shifted from the vertical to the horizontal strokes, or the axis is mirrored. Rui kept the diagonal stress according to the calligraphic broad-nib model, but rather than flipping it, he exaggerated its effect. Further rotating the outside contour while keeping the counter fixed made the heaviest parts of the letters migrate from the sides to the top and bottom. Instead of producing a bizarre freak, Rui managed to create a versatile typeface that looks surprisingly ‘normal’. In an eye-opening article on I Love Typography Rui recounts the genesis of Signo. He retraces his steps, first playing with a strict interpretation of the reversal of contrast. This produced letter forms that were experimental and fun, yet not very usable. Rui then moved away from this logical, mathematical approach towards drawing letters that looked more natural. All through the development of Signo he made sure that the counters remained well-defined and open. Add to that the relatively short ascenders and descenders, and a large x-height, and you get a design with good proportions for small text sizes, but also for punchy headlines.

Because its novelty is very subtle, barely noticeable to the layman’s eyes, Signo has a unique and immediate appeal. Many readers will find it fresh and interesting without realising exactly why. The spirited sans serif wears its calligraphic roots on its sleeves, and elegantly so. The modulation of the strokes is emphasised at the joints where curved strokes meet the stems. Sprinkled throughout the alphabet subtle curves in those stems lend the design an organic and warm feeling. Having the weight concentrated at the top creates the impression that the letters are almost floating; as it is heaviest towards the right this infuses a forward thrust in text set in Signo. Accentuating this horizontal motion guides the eye along the lines of text, resulting in a pleasantly dynamic reading experience. The same effect is achieved in the gorgeous cursive italics that add a calligraphic touch to the page. Only when observing them up close you notice how special they are. At reading distance they simply look lovely and complement the roman fonts very well.

Signo comes in six weights from Thin to Bold with matching italics. Its range make the family perfectly suited for use in editorial and branding and beyond. Thanks to the economic structure of the letters and its sophisticated yet confident appearance, Signo has style in spades for headlines and display use. Special effort was made to maximise its potential as a text face. Besides the open counters and large x-height, two weights were specifically designed for text. The Book weight offers the option for slightly lighter text, while the Regular is slightly darker. All this adds up to produce a versatile type family that is both elegant and useful.